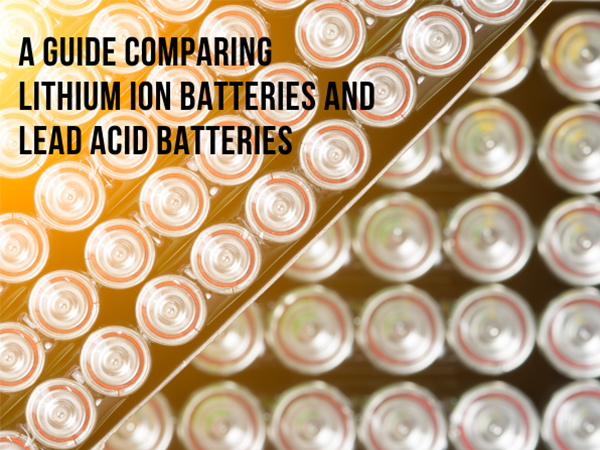 When we talk about selecting the ideal battery for an application, you probably show some conditions you require to meet. There are a number of elements to think about prior to selecting battery chemistry, as both have weak points and strengths.

Lithium provides the very same quantity of power during the whole discharge cycle, while the power delivery of an SLA begins sturdy, but is dissipated. A lithium battery has a continuous voltage as it is discharged throughout the whole cycle. The need for current will be consistent and therefore the power provided, would be consistent.

If you have ever switched on a flashlight, you might have discovered it is less bright than the last time you switched it on? This happens due to the fact that the battery present in the flashlight is going to its “dead zone”, however it is not totally dead. It’s emitting lesser power and is insufficient to totally brighten the bulb.

The bulb will be simply equally bright from the start to the end of its life if there was a lithium battery. Rather than subsiding, the bulb will not simply switch on at all in case the battery was dead.

The utmost significant distinction between lead acid and lithium iron phosphate is that the capacity of the lithium battery is not dependent on the discharge rate.

A lithium battery of a lower rating will frequently have a greater real capacity than a similar lead-acid battery in cyclic applications in which the discharge rate is frequently higher than 0.1 C. This implies that at the exact same rating of capacity, a lithium one will be more costly. However, you can utilize a lithium battery of lower capacity for the exact same application at a less rate. The ownership expense when we think about the cycle additionally boosts a lithium battery’s worth when compared with a lead-acid one.

Charging sealed lead acid batteries is infamously sluggish. In the majority of cyclic applications, you require to possess additional SLA batteries offered so you might be able to utilize your application whilst the second battery is on charging. An SLA battery needs to be on a float charge in standby applications.

The faster charging implies that there is more time the battery is in usage, and for that reason needs fewer batteries.

In case you have actually ever attempted to set up a lead-acid battery, you understand how essential it’s to not install it in an inverted place to avoid possible problems with venting. Whilst an SLA battery is created to prevent leakage, the vents enable some recurring release of gasses.

In lithium batteries, all the cells are separately sealed and can’t leak. This indicates there’s no limitation in the setup alignment of lithium batteries. They can be set up on their side, upturned, or in a standing position without any concerns.

A lithium battery needs to not be kept at a 100 % SOC (State of Charge), while SLA requires to be kept at 100% since its self-discharge rate is 5X or higher than that of a lithium one. Lots of consumers will store a lead-acid battery with a trickle charger to continually preserve the battery at 100 percent so that the life of the battery doesn’t reduce because of storing it.

Lithium, usually, is 55 percent lighter than an SLA battery. In biking applications, this is particularly crucial while the battery is set up in a mobile application (for scooters or motorbikes), or someplace where mass might affect the efficiency (robotics). For standby usage, mass is a crucial factor to consider in remote applications (like solar fields) and where setup is challenging (high up in emergency situation lighting units, for instance).

An essential and quick tip: While setting up batteries in parallel and series, it’s very vital that they’re matched throughout all elements consisting of chemistry, state of charge, resistance, voltage, and capacity. Lithium batteries and SLA can’t be utilized at the same time in the exact same string.

There are lots of distinctions between SLA and lithium batteries‘ performance. In the majority of circumstances, lithium is the more powerful battery.